The second SWIM CAMP swimming campus in Banyoles will have Eloi Saumell as its main trainer. Born in Martorell (Barcelona) in 1989, Eloi is currently coach of the younger categories of CN Barcelona, ​​club that has joined this season. Previously, he had been a technician in the youngest teams of the CN Prat, where he did a great job for three seasons.

Eloi Saumell has been an elite swimmer and has a spectacular sports curriculum. 42 times champion of Spain and 17 times international with the Spanish national team, he has participated in one absolute European Championship in Istanbul, in one Mediterranean Games in Pescara, in two Junior European Championships and in several absolute Spanish Championships. He has trained for 7 seasons in CN Sabadell, and in 4 of them he has been under the orders of the current Spanish coach Fred Vergnoux. Eloi Saumell is in possession of the current records of Catalunya of 100 free meters in a pool of 25 meters and the records of Spain in 4×100 meters styles and 4×200 free meters with the CN Sabadell; the record of Spain in 4×100 meters styles in the pool of 25 and the 4×50 meters styles with the Spanish team.

In addition, Eloi Saumell has the title of swimming coach level II of the Catalan Swimming Federation. All the SWIM CAMP team want to welcome this reference of Spanish swimming who will share great experiences with the boys and girls participating in our swimming campus in Banyoles, just one-hour drive from Barcelona. 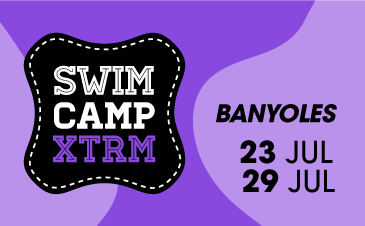 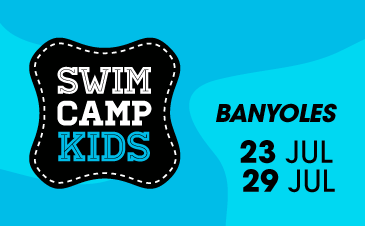